It’s that time of the year again. The protracted transfer sagas start to quieten and Premier League squads have been submitted, the summer transfer window is well and truly closed. It’s now time for teams to let their transfer business do the talking on the pitch.

With a reinforced attack, Manchester United failed to bolster other areas, and with an attack for that makes defences quiver in their boots already, neighbours Manchester City failed to offload all of their deadwood. Whilst on the other hand, out of the top four Chelsea have managed a net spend of roughly £8million, a hefty uklotto jackpot total, but nowhere near the net spend of their fierce rivals Arsenal and Liverpool.

Speaking of which, the two aforementioned teams have a lot to prove this year. Liverpool will be looking to build up on last year’s success and win their first league title in nearly 30 years, a hard task especially after the £75million (an even heftier jackpot total) loss of super striker/biter Luis Suarez. Arsenal on the other hand will look to defend their honour in the FA Cup in January after winning it last season, and will hope that the signings of Sanchez, Chambers, Debuchy, Ospina and Welbeck can lead the Gunners to further glory.

With all that said and done, we all feel that Basingstoke signing Ronaldinho would go down as the top transfer of this window. But it’s most likely to not happen. A few weeks after the big split from Luis Suarez, Liverpool were back out there, head up high, tears all dried up and ready to find a new man in their life. They thought that man was Loic Remy: strong, quick, a real leader of the line. But just like all good things in our lives, this transfer came to a surprise climax, during his medical – of all things. A failed medical saw the France striker sent back to QPR. Remy is now happy with his new man Jose at Chelsea FC.

The man with, what seems to be, a thousand tattoos. One of them, a Michael Jordan tattoo on his neck. Nevertheless, our mohawked midfield maestro had been linked with a move to the Red Devils since, what feels like, the days of Adam & Eve. Sadly it’s only words, and words are all we got from this protracted transfer saga as the  27-year-old Chilean’s knee injuries put Manchester United off signing him. Then again, at least he’ll still be able to play Champions League football with Juventus this season.

“A club desperate to sign a big name striker. Two strikers seemingly eager to get out of Ligue 1.” Seems like the perfect plot for a movie based on soccer transfer sagas. You probably could have called it, “The Great French Escape”, with the end resulting in both players signing for LFC. Although if one of these transfers had actually gone through, Liverpool fans would have imploded. Thank God they signed Balotelli instead.

Speaking of which, the controversial Italian striker was earmarked for a return to the Premier League much earlier than the final days of the transfer window. He was also reported to be heading to north London and not north England. Scheduling eh? 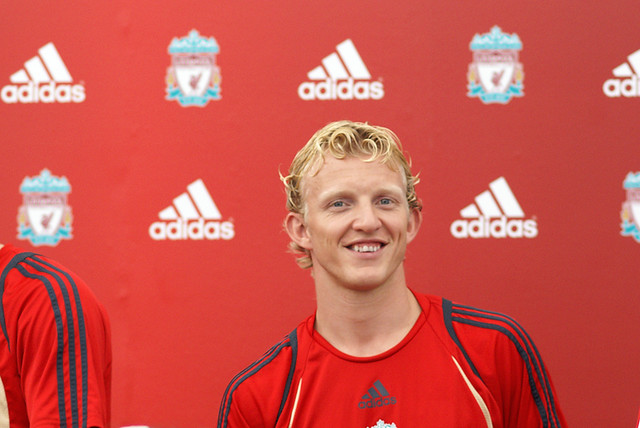 This one probably slipped under the radar. Apparently Louis van Gaal was so impressed with the former Kop star’s work rate during the World Cup that he saw him as the perfect fit for his new look Manchester United. And although he is a workhorse on the pitch, Dirk Kuyt’s work hardly amounts to much somehow gaining him the reputation of ‘the guy at the party that’s just happy to be there’. A big shame really.

Nani – Definition Of Potential That Was Never Fulfilled