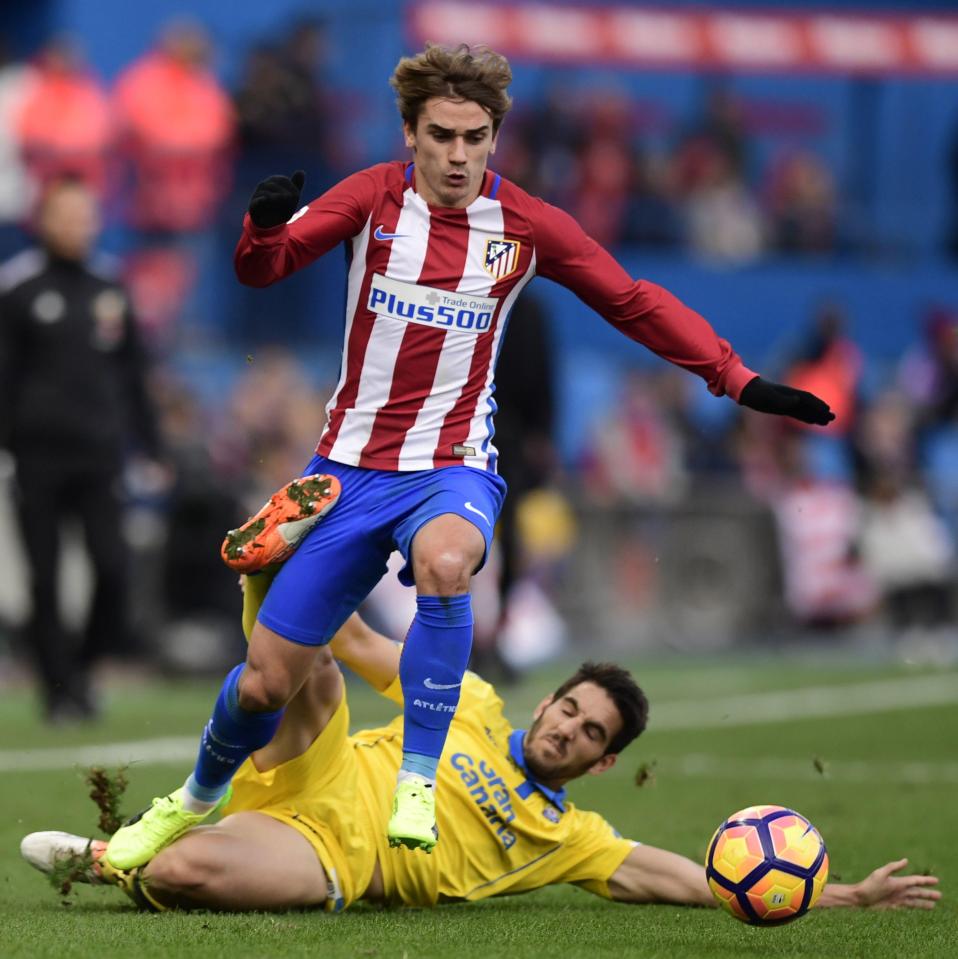 Manchester United are closing in on Atletico Madrid forward Antoine Griezmann for a world record fee of £100 million, as per the reports from the Sun. The French superstar has been linked with a move to United throughout the season and he has repeatedly stated his desire to play alongside midfielder Paul Pogba for more than just their time with the national team. Griezmann has been one of the best players in the Spanish La Liga over the last couple of years to an extent where he is on the verge of challenging Lionel Messi and Cristiano Ronaldo for the top spot.

Even though his performances have dipped this season, it is a consequence of Atletico Madrid having a mixed campaign. He was recently named as one of the top three players in the world by UEFA after finishing third behind Messi and Ronaldo in the Ballon d’Or award 2016. He reportedly has a release clause of £85.5 m7illion in his contract, and Atletico Madrid are extremely keen on negotiating an improved deal with the hope of improving this release clause. However, the uncertain future of manager Diego Simeone is proving difficult for the club to overcome and start negotiations with their star player.

Simeone is widely expected to leave the Spanish club after being in charge for more than six years now. He came to the club in December 2011 and has totally revolutionised the club from bottom up. However, there are signs of Simeone getting tired with life at the Vicente Calderon, and there is a consensus that he may have taken the club as far as he could. In the past, Atletico have sold a number of forwards and yet managed to always find a solution. Griezmann was one such solution as he came in 2014 as a replacement for Diego Costa, who joined Chelsea in a £30 million deal.

Griezmann was seen as a player with great talent, but someone who still had a long way to go before being considered as one of the top players. After having scored 51 league goals in 92 appearances, he is certainly on his way to living up to the names like Costa, Radamel Falcao, Diego Forlan, and Fernando Torres – strikers who made their name to the Vicente Calderon.

United are certainly in need of a young centre-forward who can lead the line once Zlatan Ibrahimovic decides to hang his cleats. Jose Mourinho clearly does not have sufficient confidence in existing players like Anthony Martial, Marcus Rashford and Wayne Rooney, even though he finds only the nice things to say about these players in the press conferences. It has also been rumoured that Griezmann joining United will pave way for Atletico Madrid launching a huge bid for Diego Costa’s return to the Vicente Calderon.