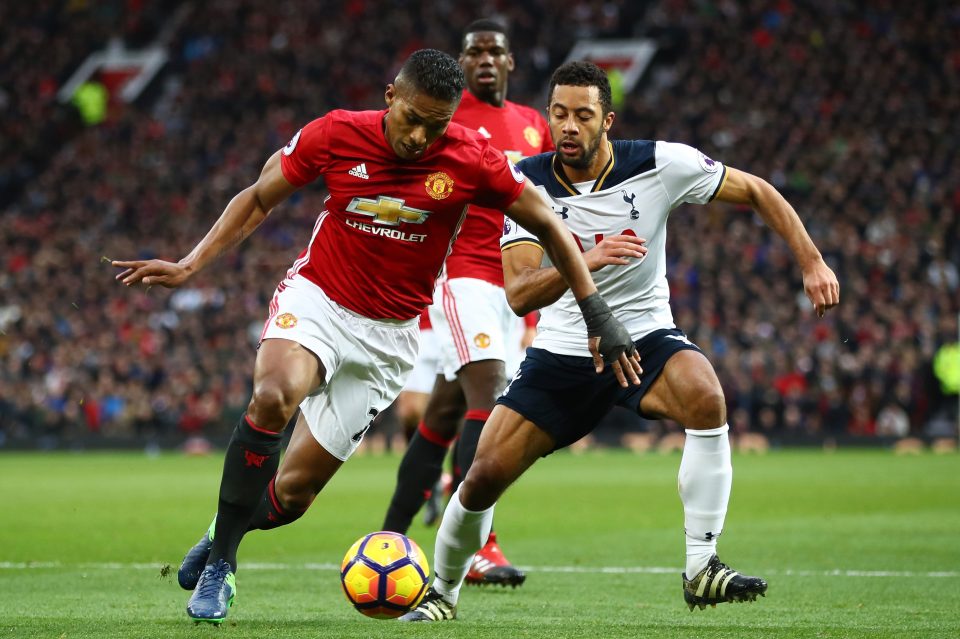 Manchester United, through their official website, have confirmed that they have activated the one-year option in Antonio Valencia’s contract to keep him at the club until the summer of 2018. The Ecuadorian had signed this contract back in 2014, and he was on the verge of leaving the club in the summer. His deal was to expire in another six months, thus leaving him free to discuss terms with foreign clubs. The former Wigan Athletic player would appeal to any club across the world due to the versatility that he brings to the table. After starting out as a right-winger, he was recently converted into a right-back by Van Gaal.

Valencia has certainly made this position as his own. His incredible pace, stamina, and defensive awareness make him a tailor-made solution. Even though United have been linked with players who can potentially replace the 31-year-old, it looks like the club may not bring in a defensive signing in this January transfer window. It appears to have been a crucial factor in helping Valencia secure a 12-month extension. One of the longest-serving players at the club, Valencia joined United in 2009 for £16 million from Wigan Athletic.

He has gone on to win the Premier League title twice, while cup competitions like League Cup and the FA Cup have also followed. One of the reported replacements for Valencia could have been Benfica defender Victor Lindelof, although he was an immensely expensive option at around £40 million. The club have also been linked with a move for Monaco defender Fabinho. It is very likely that Valencia may have signed his last contract with the club, as United have been on a spending spree in almost every position. It would be fair to think that they would make expensive acquisitions even in the right back positions.

For the time being, the presence of Valencia can also help Timothy Fosu-Mensah make substantial progress in his career. Yet, it may take a while for the young Dutchman to come closer towards removing Valencia from the first team. The 31-year-old has been a regular in the right back position and has already made 18 appearances in the league.

During his eight years at the club, Valencia has made more than 250 appearances in all competitions and has scored 21 goals.

Valencia is not the only player to have recently extend his stay at Manchester United. The club recently activated a similar contract clause in the contract of midfielder Marouane Fellaini. The Belgian would also be staying at the club until the summer of 2018, thus giving enough opportunity for Manchester United to find a suitable buyer. Even though Mourinho regards highly of Fellaini, he is certainly not regarded as a United player by the fans.