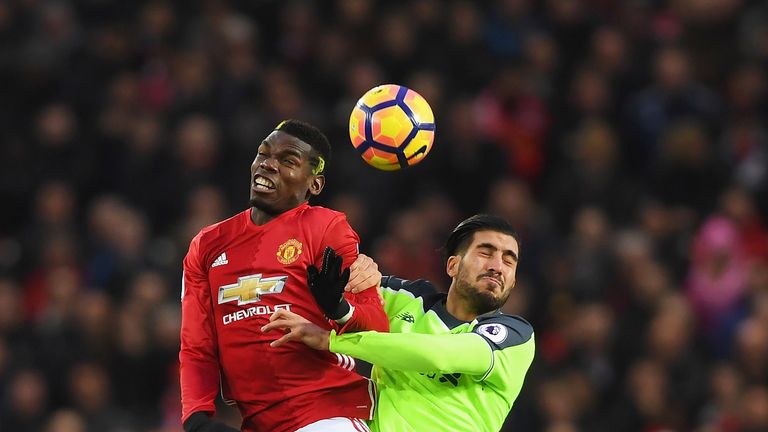 Manchester United saw their winning streak come to an end as they were held to a 1-1 draw by Liverpool. It was the away side that took the lead after a handball given away by Paul Pogba. James Milner made no mistake from the spot but that was the cue for United to put on some pressure.

The Red Devils tried to break down the away side and were rewarded when Zlatan Ibrahimovic swivelled to knock in a header in the 84th minute. The draw didn’t help either side as United now are 12 points behind leaders Chelsea.

United could and should have taken the lead in the first half but Simon Mignolet did really well to keep the home side out. With both sides having to settle for a point and a lot being said about Klopp’s talk of “long ball United”, we provide the best Twitter reactions from the game at Old Trafford.

Fellaini changed the game today.But don’t expect United fans to acknowledge it.They are waiting to rage next time he gives a throw-in away

Mourinho’s United drawing 1-1 getting more attention from journos than what Pep’s City are for losing 4-0. What a surprise

Manchester United were woeful today and still Liverpool needed a gift to get anything from the game.

I give you my energy pic.twitter.com/ilN2iAPLqT

When you ask Pogba what position Manchester United is on the premier league pic.twitter.com/GZQU9N1WKn

TV: “When United were coming on stronger in the second half…”
Klopp, interrupting: “With long balls…”

Related Topics:LiverpoolManchester United
Up Next