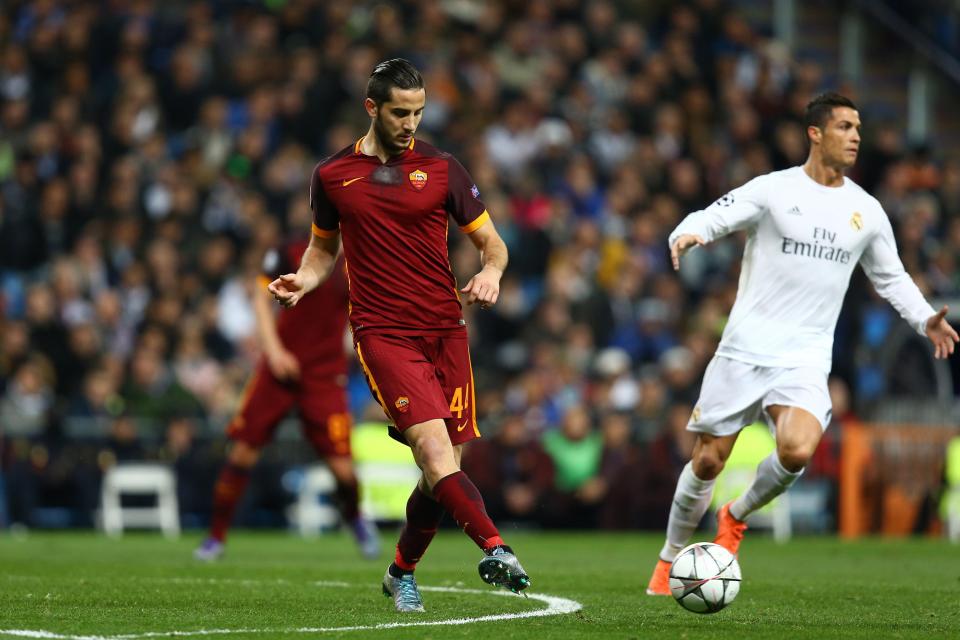 It seems like the negotiations regarding the possible arrival of Victor Lindelof has finally stalled and to overcome the void, the Manchester United boss – Jose Mourinho – has identified AS Roma’s 25-year-old central defender Kostas Manolas as a possible replacement.

According to the reports from the Sun, the Portuguese manager has submitted a £32.5m bid for the Greek international and will be hoping to seal the deal as soon as possible. It is quite certain by now that Mourinho is in the hunt to sign a defensive reinforcement, as almost every player linked with the club in recent weeks has been a defender.

With Eric Bailly out for at least a month to serve his nation in the AFCON, signing a defender does make sense, as United do not really have any strong personnel to rely upon. Phil Jones and Marcos Rojo are doing decent in the recent times, but should any injury or suspension hit anyone of them, United will be left with only one natural centre back – Chris Smalling.

The same source has mentioned that Mourinho is a big fan of the 25-year-old, who was also a serious target for the current Premier League leaders Chelsea in the past summer, but the move didn’t materialise. Manolas, who joined the Serie A outfit for around £12.8m back in 2014, is known for his ball playing abilities, and despite being a not-so-tall personnel, he is counted as one of the best defenders in the Italian league.

The 25-year-old is known for his versatility as he can also be deployed as a right full-back, but it is sure that Mourinho will only be using the former Olympiacos man as a centre-half. Manolas may not win all the aerial battles in the Premier League, but he is certainly the one who can give the likes of Diego Costa, Harry Kane and Sergio Aguero a run for their money while battling on the ground.

Famous for his no-nonsense defending, Manolas is one of those old-school defenders, who never neglects his defensive duties, and therefore, an interest from a manager like Jose Mourinho does not come as a surprise.

Roma are quite reluctant to sell their prized asset and their willingness to keep the 25-year-old was very evident by the way they handled Chelsea’s attempts to sign him. Is Manchester United’s bid good enough to tempt the Italian team? We have to wait and see.

Manchester United Midfielder To Undergo Medical At This Merseyside Club