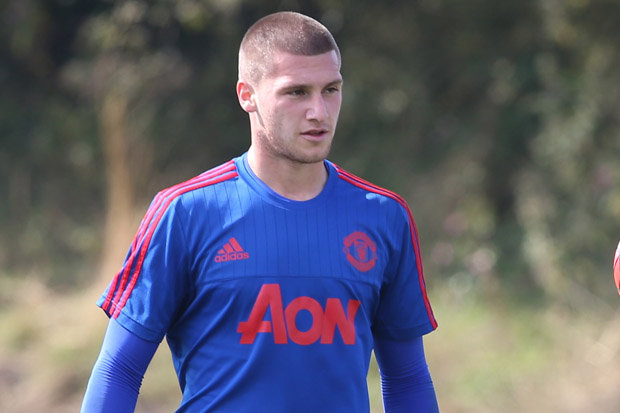 Manchester United goalkeeper Sam Johnstone is extremely close to sealing a move to Aston Villa on a loan deal until the end of the season according to the reports from the Daily Mail. The report claims that the deal will be completed in the next seven days.

The 23-year-old goalkeeper has been with Manchester United from his youth, but he is yet to make a first-team appearance for the club. He is behind David de Gea and Sergio Romero in the pecking order and even though United are still involved in a number of competitions, it is looking highly unlikely that José Mourinho will utilise Johnstone from now till the end of the season. Rather than prevent the player’s development, the club are looking to send him on a loan yet again.

Johnstone has already been on loan on eight occasions at the likes of Oldham Athletic, Yeovil Town, and most recently Preston North End. His last spell with Preston seems to have provided with sufficient confidence within United that the player might be capable of proving himself in the Championship. Moving to Aston Villa represents a significant step in his career, while he will be monitored by former United defender Steve Bruce. The former Hull City and Sunderland manager took over from Roberto di Matteo a few weeks ago.

The club have been making steady progress in the Championship, but not to the extent of Bruce’s liking. Pierluigi Gollini was signed in the summer as the first choice goalkeeper for the club. However, he has not been preferred by Bruce and it is most likely that Pierluigi Gollini will be used as the backup to Johnstone going forward. So far, Mark Bunn has been able to enjoy some first-team action as the deputy but it does not look to continue for long with Johnstone’s arrival imminent.

One of the reasons for United leading the 23-year-old leave Old Trafford is the return of Joel Pereira from his loan spell. The Portuguese defender has been on loan at Belenenses. He now looks set to take his place in the United squad as the third choice goalkeeper. The 20-year-old clearly has a lot of talent and many more years ahead of him.

Johnstone is coming to the time of his career when he has to make a decision on his future. It is likely that the move to Aston Villa will be made permanent if he is successful at the Midlands club. After struggling with the threat of relegation earlier in the campaign, Villa are now in the mid-table of the Championship. They are still far away from a potential promotion spot, which is the biggest target.

Manchester United Midfielder To Undergo Medical At This Merseyside Club